REGYM was created by people who are sincerely passionate about what they do: coaches, professional athletes and amateurs. That's why there is such an atmosphere of constant "connection" here. It is a common space where the sports hub team and visitors support each other, not only athletically, but also emotionally. The result is motivation, clear goals and their achievement. 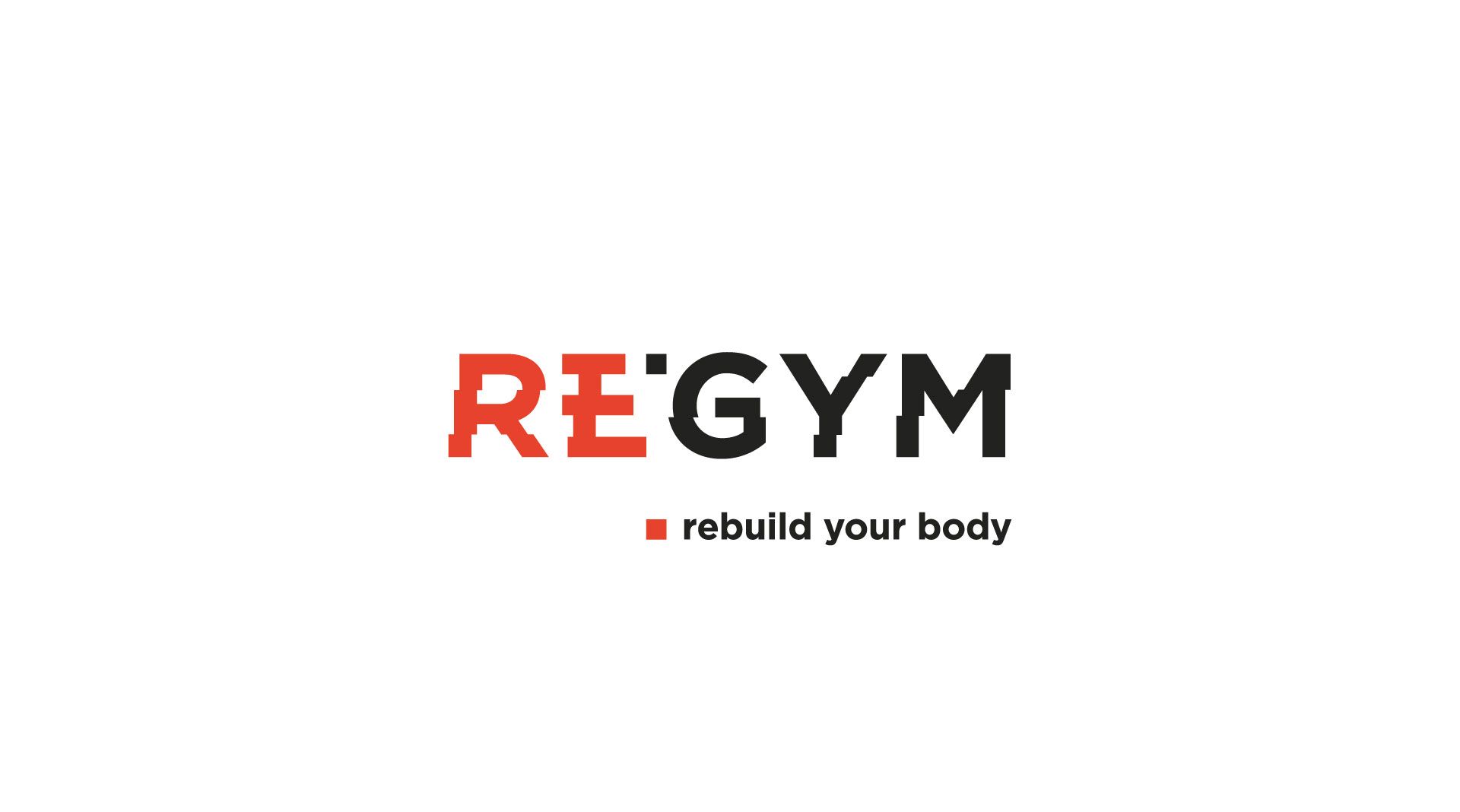 The customer already had the name ready, as well as an ardent desire to create a project with a soul, so we were fully confident in the quality of the idea’s realization; all that was left to do was to set a vector for the brand. An idea of ​​using the glitch effect was our insight, as it clearly conveys the image of a person who has decided to take care of their body. Commonly, you come to the gym dismantled, destroyed by bad habits and lack of order. But regularity, REGIME, and professional support provide results: a broken form becomes integral. And sometimes, it does not happen on the first attempt 🙂

A glitch is a short-term error in the system that corrects itself. The term was borrowed from the IT sphere, so the “sporthub” descriptor was right there on the surface. We only had to link everything together.

REgym is designed to assist in resolving this issue and to re-assemble you. REform. REbuild. REstart.

A distinctive feature of the logo is its polyversional form. There are several stages: from fully broken up to totally assembled. The chosen version depends on the context. The palette reflects both dynamics (hot orange) and rigidity (shades of gray). Branded graphics originate from the same glitch effect: a pattern of disassembled horizontal parts, icons, a combination of forms. Photo styling featuring a displacement of details. Image glitch (fail) embedded in the video.

As a follow-up to visual identity, overlays were arranged to create a single Instagram style and posters to place in the general feed. Using the InShot application, we also create a glitch effect on static photos. 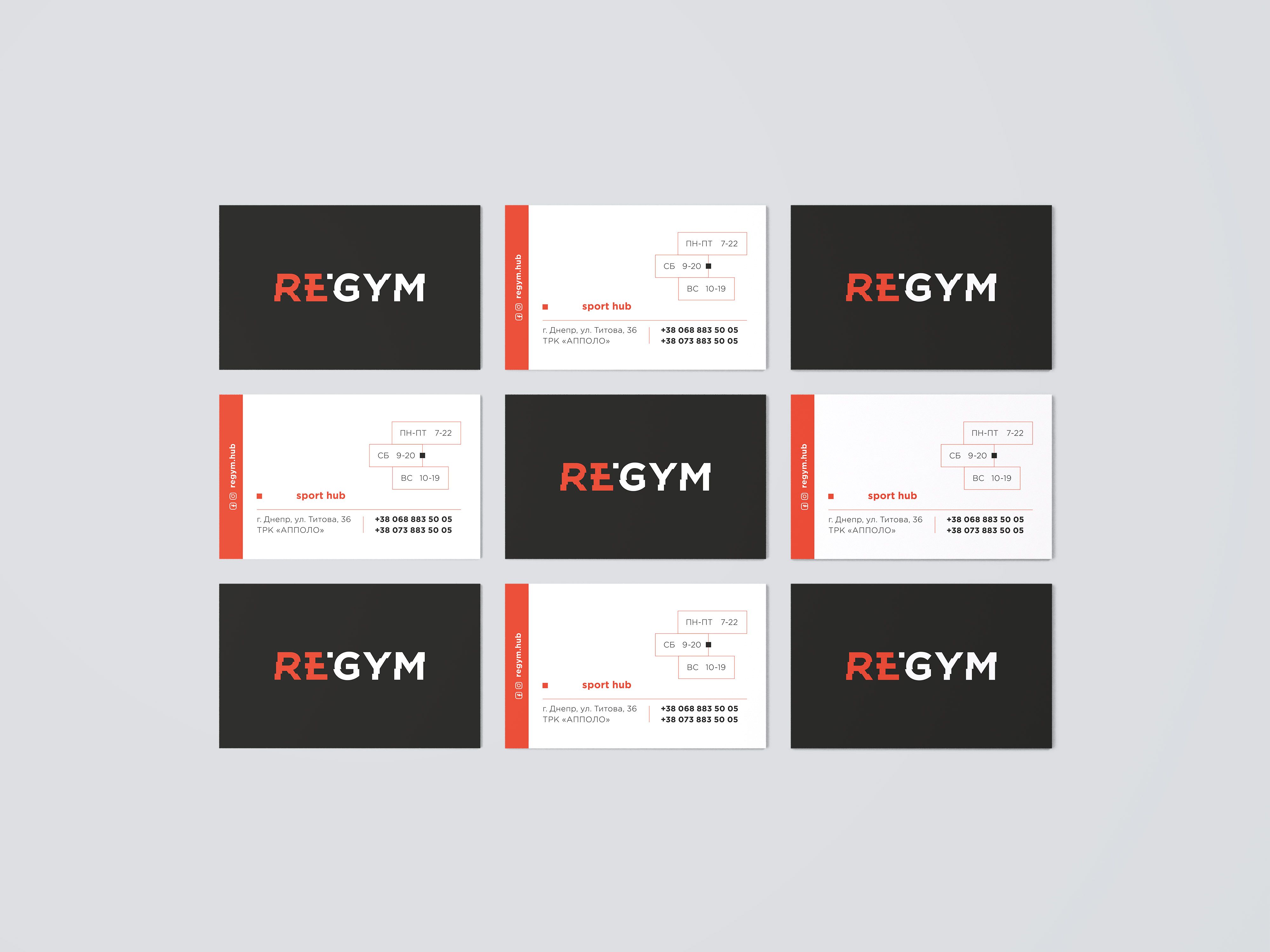 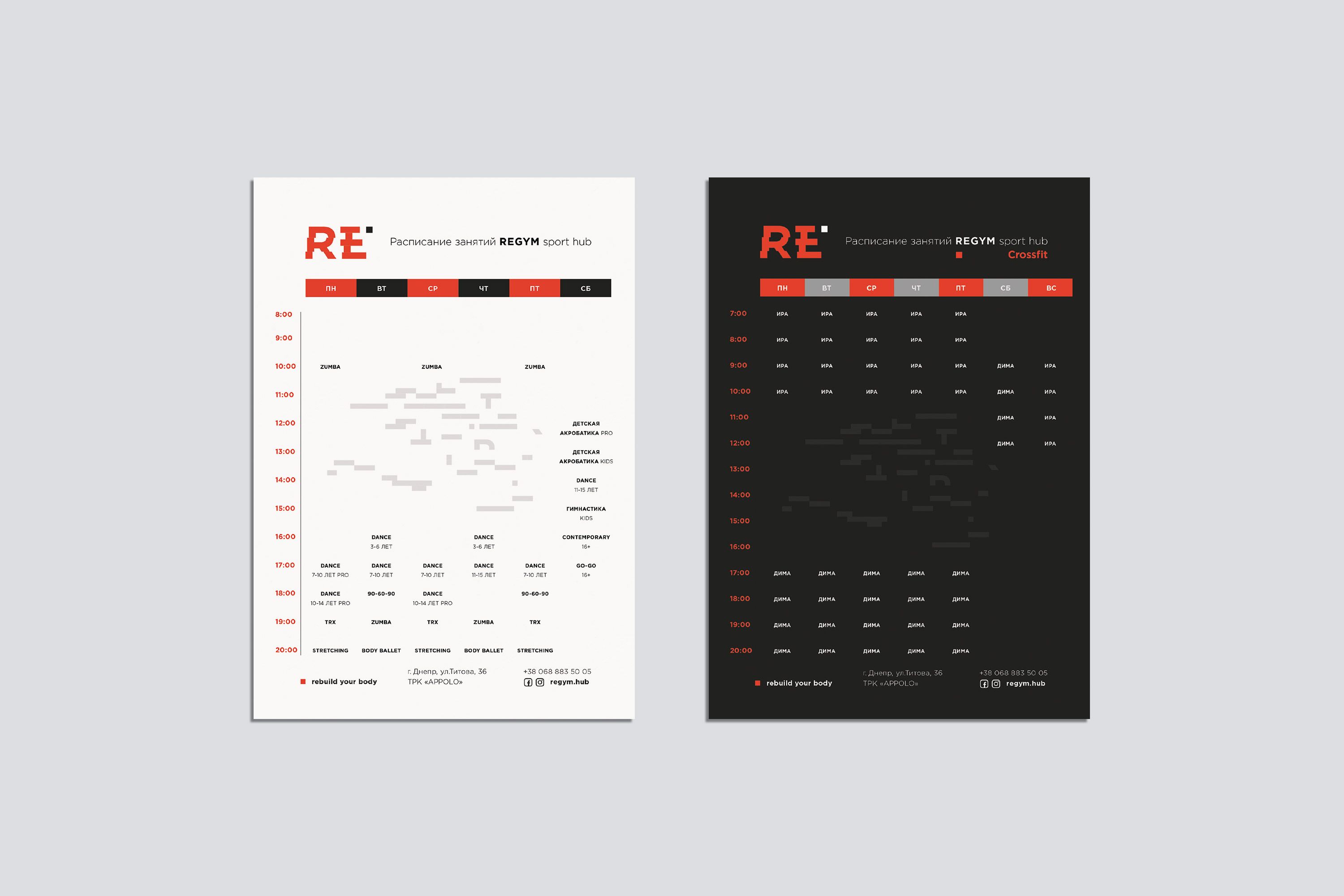 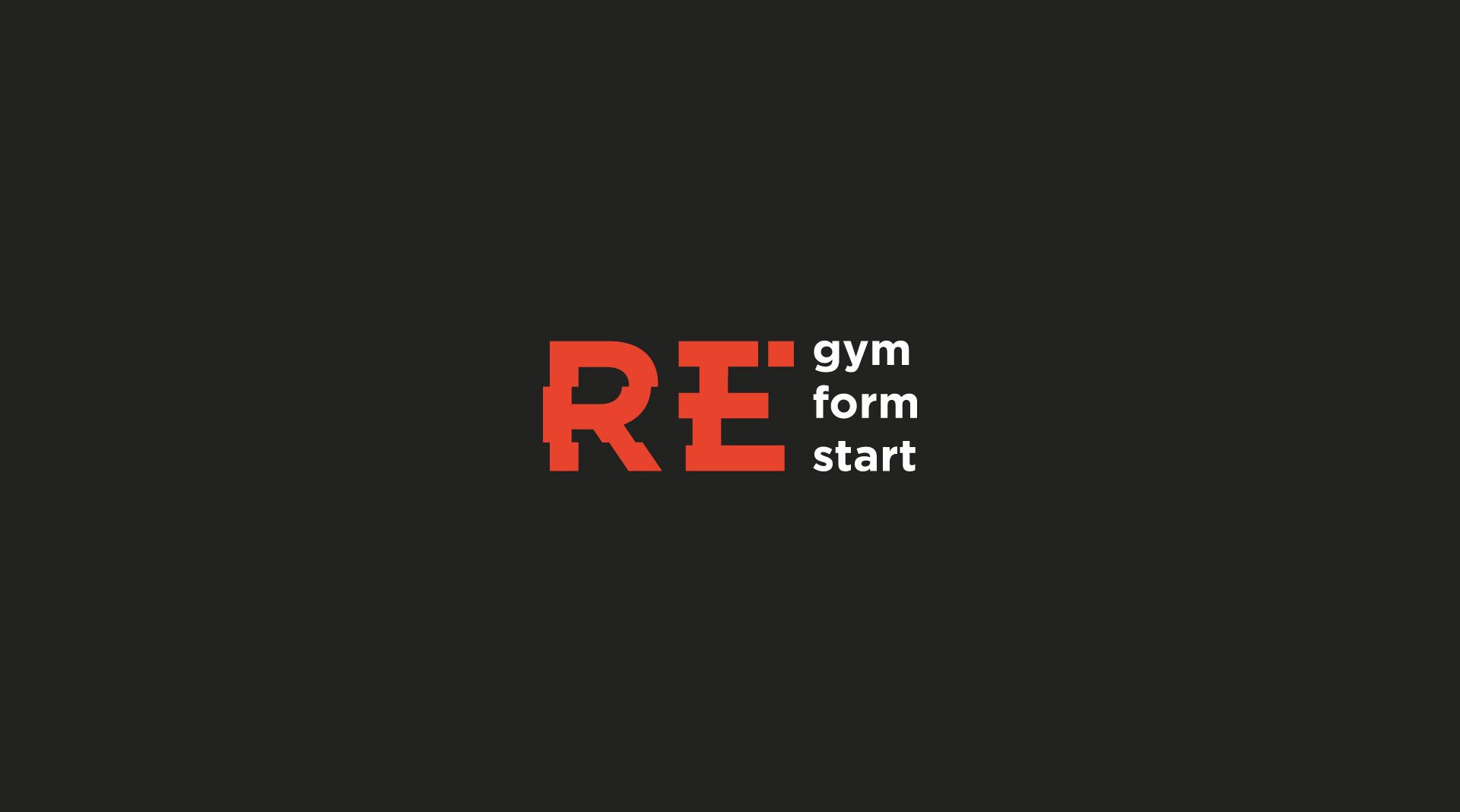 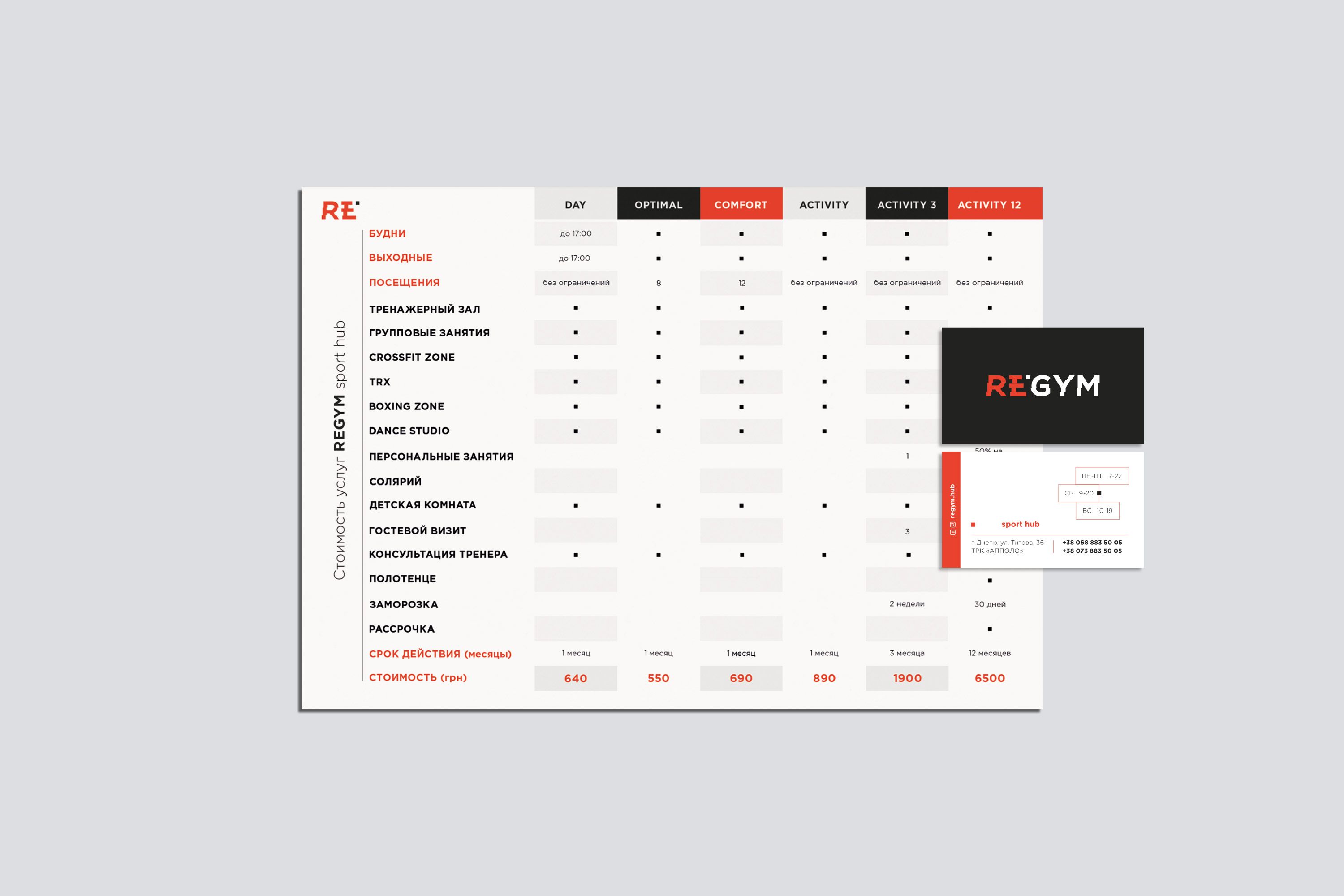 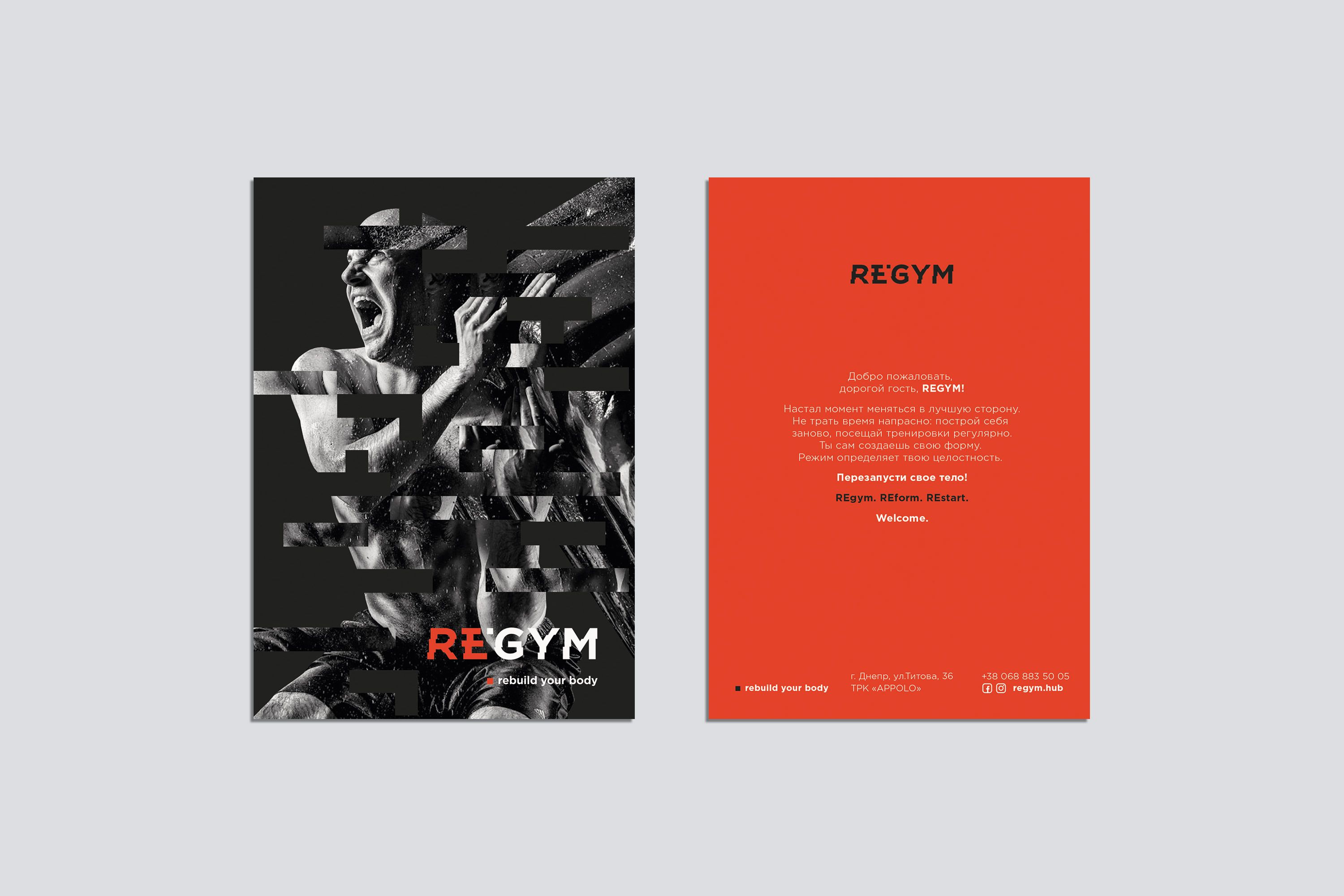 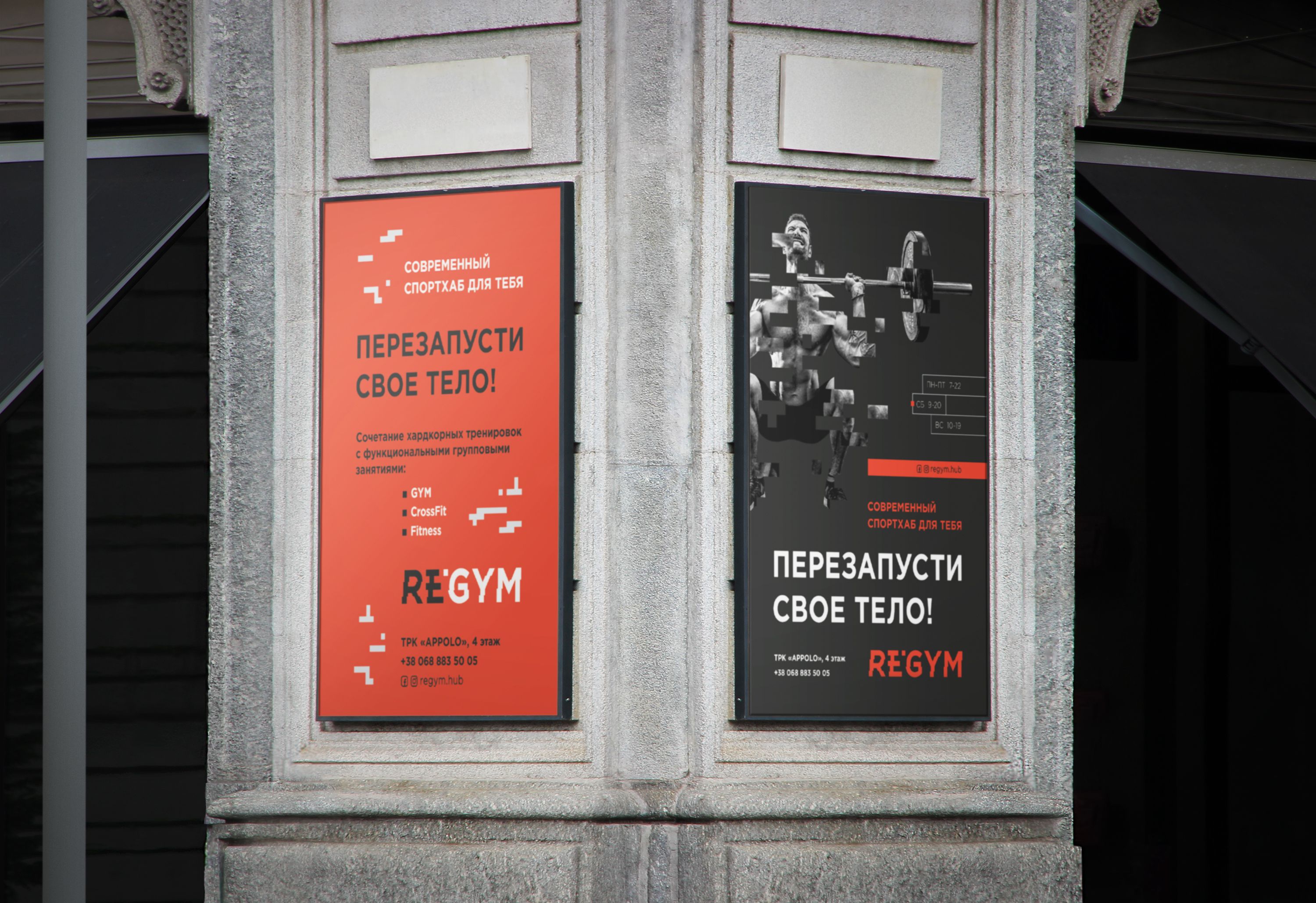